Cotton Season May Have Started Slow, but It Ended Fast

Editor’s Note: This week, we are pleased to present a guest blogger, Dan Munk, a farm advisor and cotton specialist for the University of California Cooperative Extension, Fresno County. Dan offers his recap of the year in cotton in the northern San Joaquin Valley.

The 2012 cotton season is turning out to be a very good season from a producer standpoint. We had good planting conditions.

While cotton was slightly behind what would have been ideal start, we still planted within a good-to-ideal window in early spring. We then saw from average to slightly above average heat units, particularly as we moved later into the season.

Cotton requires a full season to mature. We saw good early maturity. We saw first flower in mid- to late-June, which was really positive. That told us that we were setting the crop really early. When you set the crop early it allows you to sometimes to continue to prove? and expand that fruit set.

What we saw was that everything set so well that we did have early cut out this year. That meant we had early maturing cotton. That was a positive thing because we were able to harvest early and not be too concerned about fog, rain and these kinds of problems that we sometimes have when we have a late season like we had the last couple of years.

Right now growers were reporting above average yields. Some growers are seeing indications of near record yields.

We are looking forward to another great season in 2013. If you are interested in joining our project, contact Marcia Gibbs, Director at marcia@sustainablecotton.org.

Posted by Sustainable Farming Field Scouting at 8:21 PM No comments:

BMPs Pay Off in the Long Run for Valley Almond Growers 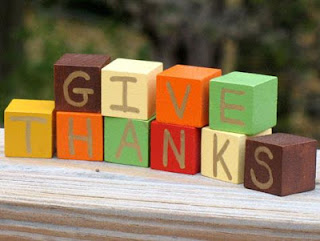 This Thanksgiving Valley growers will certainly be thankful for a bountiful harvest in 2012. That definitely is the case with almond growers who are poised to challenge the record 2.03 billion pounds of almonds harvested last year. They cannot achieve those eye-popping harvest numbers without growers embracing sustainable farming practices. Kudos to these growers.

Before we wrap up this almond season, we again asked retired UC IPM entomologist and almond expert Walt Bentley to give us another recap of the 2012 season:

I would say that the miticides used to control mites worked quite well and brought populations down quickly. There were some scattered mite problems which developed during harvest, with growers  not
having enough time to apply a miticide due to pre-harvest intervals.  This
issue needs to be discussed in our winter meetings.

We are still applying more worm sprays on hardshell almond varieties than needed. But the
cultural and chemical controls were good.  I was particularly impressed with the sanitation on winter mummies. It was much better than 2011.  I cannot emphasize enough the importance of walking through your orchard – just taking some time each week to look at the trees.  Some farmers are great at that while others abdicate that duty to their pest control advisors.

Remember that fall is here. Growers need to put on their post-harvest irrigation. That is extremely important on sandy soils in central and southern San Joaquin.

Also, take time to review your fertilization program. Get the analysis and plan your approach for next spring.
Try to get a handle on areas where water infiltration was bad, particularly due to compaction. Growers should plan on remedying that either mechanically or with cover crops.

We had no problems with stickbugs or leaffooted bugs this year. Keep up the best management practices. A little work now will pay nice dividends at harvest time.

Posted by Sustainable Farming Field Scouting at 8:52 PM No comments:

Almost Time to Sew Up Another Cotton Season in the Valley

More than 180 days ago, San Joaquin Valley growers planted the seeds for a new cotton crop with visions of a profitable year. Now over 4,300 hours later, growers are reaping a bountiful harvest.

I’m seeing most growers coming away with an average of 3 to 4 bales of cotton per acre in their fields. One acala cotton grower generated an eye-popping five bales an acre.

Usually, getting three bales an acre is considered a good harvest. Four bales is a great crop. How would I describe five bales? Amazing!

Overall, growers are reporting a solid year as we pretty much wind down the 2012 cotton  season. Acala growers wrapped up their picking about a week ago. The later-maturing pima variety is still out there with growers picking cotton for a second time. Growers were hurrying with their final picking before the rains arrived at the end of last week.

The warm weather and pretty dry October (as well as fewer foggy mornings) have played roles in getting the cotton harvest done before Thanksgiving. Overall, growers are happy with the 2012 yield.

On the bug front this year, growers saw pest pressure yo-yo from low early to high late in the season. For the most part, the pests didn’t lead to substantial crop damage.

As the final cotton is picked, the last task for growers will be to plow under their fields to protect against the pink bollworm. Two years ago, heavy rain storms created muddy field conditions and forced growers to race to meet the state-imposed deadline. Some county ag commissioners had to extend the deadline because of the weather.

Around here, some acala growers have already plowed down their fields and even prepared the beds for next season. With this year a wrap, there’s only five more months till the first seeds are planted.

Posted by Sustainable Farming Field Scouting at 5:52 PM No comments:

Editor’s note: This week, we are featuring a guest blog by one of our long-time collaborators, recently retired UC IPM entomologist Walt Bentley, whose specialty included managing pests in almonds.

For San Joaquin Valley almond growers, the 2012 season would be considered a normal year. In fact, across California you could say producing 2 billion pounds of almonds for a second straight year is becoming the norm across California.

Yes, conditions were good this season for growers to approach the record 2.03 billion pounds of almonds harvested in 2011. The crop has shaped up well again this year.

The spring was warmer than in 2011.  We did have some rain and cold weather during bloom. However, I think the wintry-spring weather reduced nonpareil pollination and, ultimately, hurt this season’s yields for that variety.

Certainly the summer was above average with 25 days of 100-plus temperatures in July and August. This hot weather did impact trees, leading to  water stress and subsequent spider mite problems.  Spider mites became an issue during the hullsplit period. Orchards that are well irrigated usually don’t suffer from mite problems.
Remember, mites reproduce fast during the warm-weather months from June to September. In fact, mites can develop within a week with 8 to 10 generations a season, according to the University of California Integrated Pest Management.

Mites will damage foliage by sucking cell contents from leaves. Leaves can become yellow and fall off. When there are large populations webbing can be found on the tree terminals. There can be a crop reduction in crop a year after the damage occurs.

I don't believe there were any surprises other than the poor yields on nonpareils. Overall, yields of the hardshell varieties are good. Nonpareil yields are more varied. Next time, I will recap the pest management issues for the 2012 season.

Posted by Sustainable Farming Field Scouting at 8:11 PM No comments: