“FREEZE WARNING REMAINS IN EFFECT FROM 2 AM TO 8 AM PST
SATURDAY... Sub-freezing temperatures are imminent or highly likely. These conditions will kill crops and other sensitive vegetation.”

That’s what the U.S. National Weather put out over the weekend for the Valley. The low temperatures were dipping down to the mid-20s. Worst yet, forecasters were warning everyone the freezing temperatures would last as long as six hours. 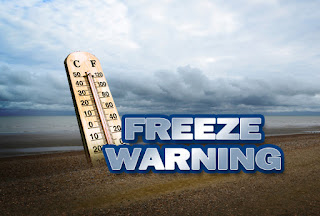 It certainly wasn’t the best way to wrap up a week that endured several days of freezing temps last week. Suddenly, this rain-starved winter became even tougher for growers who are forced to spend the bone-chilling nights rushing to protect their valuable crops.

Almond growers have been out irrigating their crop to raise the temperature, trying to build up humidity to slow the drop in temperature. They fear the subfreezing temperatures will damage the buds during this critical bloom period. It may be a few weeks before growers see if there is an increase in buds dropping off the trees. 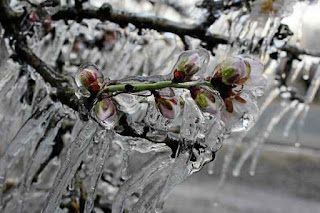 He goes on to say: “Irrigation application rates need to be high enough to provide an increase in air temperature. Application rates should exceed 30 gallons per minute per acre. Rates less than 15 gallons per minute per acre may lead to freezing of irrigation lines/spaghetti tubing. The critical temperature of damage will vary by bloom stage and variety. At full bloom, temperatures at or below 27-28F can cause crop loss. As trees leaf out and nuts begin to develop, the sensitivity to cold temperature increases.”

Finally, he adds: “in flood and drip-irrigated orchards it may not be possible to have high enough discharge to have a warming effect of the water, but adding moisture to the soil can increase the warmth of the field – which is why mowing any vegetation is advised within these systems. Mowing may not be as critical in orchards that are able to apply irrigation water over the top of a cover-crop.”
Go to his Almond Doctor website to learn more about frost protection methods for almonds.

In a Flash – Almond Trees Suddenly in Bloom


The calendar says it is winter, but the weather around the Valley makes it seem more like spring.

Yes, a rainless February with daily temperatures averaging 70 degrees this month has accelerated the almond bloom. For landscape photo buffs, the almond bloom is a spectacular opportunity to capture the breathtaking colors of the almond blossoms.

In the orchards, millions of bees are pollinating the almonds. Experts estimate more than half of the nation’s bees are brought into the Golden State to do their work in the almond orchards.

“The weather is perfect for the bees,” Jenna says.

Of course, the rain-starved winter once again is creating another buzz among growers. The question circulating is ‘how much water will they have this season?’  It’s a familiar question farmers had been asking during the historic drought a few years ago.

Jenna notes growers already are turning on the spigots to irrigate their almond trees. Of course, last year’s drought-busting rains gave growers a break from irrigating until spring.

“We haven’t had a winter yet. Some trees still have their leaves from last season,” Jenna says.

Two years ago, bloom came and went very quickly as well. That’s called flash bloom. The concern among growers is whether bees can reach every bloom in time before the trees start greening – meaning pollination could come up short.

Weather forecasters still point out we have one more month of the traditional rainy season. We’ll have to see what Mother Nature has in store for us and how things play out as the season progresses.

For now, Jenna says growers are checking for San Jose scale. The pest will suck plant juices from tree twigs and limbs and inject a toxin that eventually reduces tree growth and can kill limbs. To spot scale, growers should check for a red halo around the feeding area.

UC IPM says natural enemies such as beetles can keep scale under control. But broad spectrum insecticides used in orchards can impact beetles.

Good environmental stewardship and profitability can go together to provide quality products that our state is proud of.

Cynics may think otherwise. But a group of Valley almond, cotton and alfalfa growers have proven they can protect our water, soil and air while making a good living. These growers are part of a unique program that promotes sustainable farming. 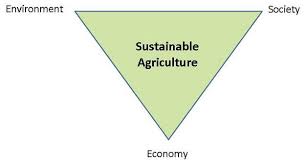 Coming off another successful year, the San Joaquin Sustainable Farming Project is recruiting new almond, alfalfa and cotton growers in Merced, Madera and Fresno counties for the 2018 season. The program is looking to expand its reach in the Lower San Joaquin River Watershed.

Well, growers can learn more about the program during a field day from 10 a.m. to noon on Thursday, Feb. 15 at the Firebaugh Mendota United Methodist Church, 1660 O Street, Firebaugh. Tom Casey of the Fresno County Agricultural Commissioner’s Office and Orvil McKinnis of the Westside San Joaquin RiverWatershed Coalition will provide updates about 2018 pesticide regulations and the watershed. By enrolling in the program, growers learn valuable strategies to improve yields while becoming better environmental stewards in today’s tough economic and regulatory climate. Sponsored by the Sustainable Cotton Project (SCP), the program connects growers with some of the state’s leading University of California extension advisors and researchers.

Over the years, the program and its growers have gained recognition nationally and internationally.  Growers will receive these benefits: 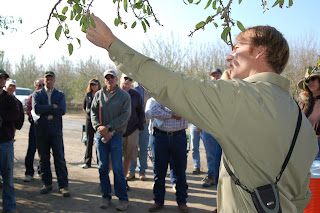 For more information or to inquire about enrolling, please contact SCP Director Marcia Gibbs at (530) 370-5325 or  marcia@sustainablecotton.org
Posted by Sustainable Farming Field Scouting at 9:45 PM No comments: