'Tis the Season for Growers to Take a Little Holiday Hiatus 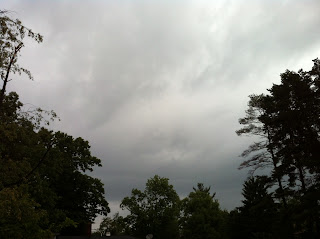 Winter officially blew in over the weekend, bringing rainy weather upon the San Joaquin Valley.

For many farmers and others in the ag business, ’tis the season to take some time off after a long year in the field. Central Valley Farm Scout, too, will be taking a brief holiday hiatus.

When we return next year (well in January) be prepared for some new features to go along with our old standby views from the field and guest commentary from our experts from the University of California Cooperative Extension and UC Integrated Pest Management program. We’ll be here to give more tips to farmers, consumers and anyone else interested in sustainable agriculture, food and fiber. Stay tuned. 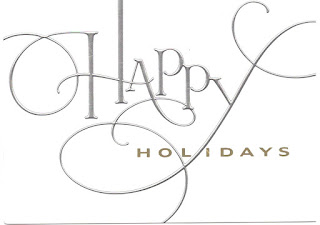 So on this day before Christmas, when all through the barn not a creature is stirring, not even the dog we hang our sweep net by the chimney with care in hopes that our farm advisor will soon be there.

The PCAs are nestled all snug in their white pick-ups while visions of lygus danced in their heads.

And the farmer in his floppy sun hat and I in my John Deere cap, have settled our brains for a long winter’s retreat.
Happy Holidays!

Posted by Sustainable Farming Field Scouting at 5:44 AM No comments:

Now is the Time for Almond Growers to Tackle NOW


The message never gets old for Walt Bentley, the well-known entomologist and almond specialist in the Valley. Time after time, especially during the winter months, Bentley stresses the importance of orchard sanitation.

No, that doesn’t mean bringing out the mops and Spic’n Span cleaner. The UC Integrated Pest Management emeritus advisor means cleaning up those mummy nuts from the almond trees. This is really important to growers with soft shell varieties, particularly the popular nonpareils.

Ideally, Walt takes a no tolerance approach: Knock off and get rid of every mummy nut in each tree. UC IPM guidelines say trees should get down to two or fewer mummy nuts.

Winter, just a few days away, is good time to take a tour of the orchard and see what those mummy loads are. “That’s where navel orangeworm (NOW) gets it foothold. You need to get those down before spring to eliminate that pest from the orchard,” he says.

To the $2 billion almond industry, NOW is considered one of the most serious pests in almonds. The bugs can cause serious economic damage and risk to human health. The worms bore into the nut and gobble up most of the nutmeat. It also can lead to aflatoxin contamination.

Aflatoxin is produced by Aspergillus mold, which are known carcinogens and mutagens. The Almond Board of California points out that major export markets are imposing increasingly strict maximum limits for aflatoxin contamination.

That’s why Walt never tires of spreading the word about orchard sanitation and managing NOW in the orchard as the first line of defense against aflatoxin contamination. Now is the time to get out there.

Posted by Sustainable Farming Field Scouting at 10:10 AM No comments:

The 2012 cotton season from an insect pest management perspective was a good one with very few problems in the valley field crops, especially with Lygus.

I attribute that primarily to the dry winter which broke the cycle for lygus in particular. We saw the lowest populations this year in cotton, safflower and even seed alfalfa. Overall across the valley we saw much  lower Lygus population densities.

Avoiding insecticides enabled them to save money on insecticides while conserving natural enemies which are important in the management of aphids, spider mites and whiteflies.

The season turned out to be very good from a crop production standpoint as well. Even though, growers experienced a delayed planting due to cool and moist conditions in March,  but when the cotton was finally planted, everything went in within a few weeks. Good conditions for germination and stand development create almost a synchronous cotton landscape with all fields nearly at the same stage of development through the year, A good vigorous start to the season improves the pest management situation by giving the plant an advantage over pests.

Water availability was not a major factor in production. The autumn was warm and provided plenty of opportunity to make up for the delayed planting. Yields have been very good and most farmers seem happy by the results of this year’s efforts.

Posted by Sustainable Farming Field Scouting at 8:12 PM No comments:

Cotton Growers Plowing Down before Plowing Ahead to 2013

he last of the Valley cotton came off the plants just in time before the late-fall rains arrived at the end of last week. That should give growers plenty of time to meet this month’s deadlines for growers to plow down their fields.

The Fresno County Agricultural Commissioner’s office reminds growers about the importance of complying with the program to provide a host-free period for the pink bollworm. This year, 334 bollworms moths were caught in 2012 – a record high capture rate in the county. The deadline is December 20 for fields north of Shields Avenue and December 31 south of Shields.

Growers that harvested early are way ahead, having plowed down their fields already and even setting up beds for next year’s tomato crop. Here is how the Kern County Agricultural Commissioner describes how cotton plants should be destroyed, or plowed down:

(1) Shredding. All cotton stalks and debris shall be shredded by a power driven shredding device in a manner which effectively reduces stalks to a particle size permitting burial and decomposition and assures that bolls remaining in the field are broken open and the parts scattered.

(2) Tillage. Following shredding as required above, the land on which any cotton plants were growing during the preceding season shall be tilled in such a manner that stubs are uprooted and loosened from soil around their roots. Roots, plant stubs, shredding debris and trash remaining from harvesting or clean-up operations shall be mixed with surface soil.

Pink bollworms can over-winter in plant debris, the cotton stalk base or cracks in the soil.  They will damage squares and bolls. Plow-down will kill these pests. You can learn more about the pink bollworm from the University of California Integrated Pest Management website.

Growers certainly want to produce another good crop next year. The 2012 season is shaping up to be very good one with many growers getting yields averaging 3.5 to 4 bales an acre for acala varieties. I saw two fields yielding an extraordinary 4.6 and 4.9 bales an acre. Three bales per acre is usually the norm.
For pima cotton, I’m seeing fields come in producing 2.5 to 3 bales an acre, better than the usual average of about 2 bales.

Why the above-average yields? It’s tough to pin down a single answer. There were a lot of different factors, including better sustainable farming practices, hot weather and no major problems with lygus. I’m glad to see growers becoming more knowledgeable about monitoring their fields closely before hastily treating their fields.

Meanwhile, here’s a final update from our almond scout, Jenna Horine. She has completed cracking and inspecting the almond samples collected in various orchards – more than 5,000 in all. The good news is Jenna didn’t find any surprises. The pest damage numbers were low. For example, about one out of 100 samples had evidence of navel orangeworm damage. “For most, we have very, very low numbers,” she says. These results will help growers develop their pest management strategy for next year.

Posted by Sustainable Farming Field Scouting at 7:52 PM No comments: