With a little welcome rain sweeping across the Valley in the past week, farmers are pretty much moving into winter mode.

Field scout Carlos Silva spotted a few stragglers wrapping up their alfalfa and cotton harvest in the past couple weeks. The forecast of rain last week – you remember the wet stuff coming from the sky – spurred them to get moving on their last cutting of alfalfa and picking of remaining cotton.
Unlike bears, though, farmers won’t be going into hibernation for the winter. There are plenty of chores ahead as growers prepare for the next season.

In the almond orchards, for example, some growers are performing nematode soil sampling in orchards that lacked vigorous growth during the season. Rootknot nematodes can be a pesky problem because they can cause knots to form on the roots, leading to reduced tree productivity. Post-harvest also is a time to monitor for diseases and weeds, UC IPM says.

From now until January, alfalfa growers will be surveying for weeds and comparing the results to last year’s records. Annual winter weeds often grow faster than fall planted alfalfa seedlings. The surveys will help growers develop a weed management strategy such as grazing or overseeding with grasses. They also will be looking for signs of vertebrates and monitoring for weevils during the winter, according to UC IPM’s year-round plan for alfalfa.

For cotton growers, the most important task after harvest is shredding, uprooting and plowing under plant stocks to comply with state plowdown regulations. Plowdown prevents bollworm infestation and plant regrowth and minimizes additional build up of white flies. UC experts also advises growers to maximize the time between harvest and planting white fly host crops.

Each fall, county agricultural commissioners will issue a deadline for all the cotton fields to be plowed down. County ag officials are required by state law to enforce plowdown rules and a host-free period for the pink bollworm. While cotton acreage has slipped in recent years, the crop remains an importance piece of the local farm economy. In Fresno County, cotton has ranked among the top 10 crops economically. Remember, California produces about 90 percent of the nation’s coveted, high-quality pima variety.

Here’s how the Fresno County ag commissioner’s office says about the importance of cotton plowdown: “Pink bollworm is a pest that destroys cotton by burrowing inside unopened bolls. This type of larval damage prevents the cotton lint from developing correctly. These larvae can overwinter in the stalks of cotton plants. In order to have a host-free period, cotton must be plowed down (by a set date) … and planting cannot begin until March 10 of the following year.”

Ask any grower and he or she will tell you farming is a 24/7 job – year-round. There is little time for rest – except during Thanksgiving and the winter holidays. You can be certain farmers will be enjoying their turkey dinner.

Despite Challenges Valley Cotton Growers Are Looking at a Productive Year


With Thanksgiving just around the corner, the fall cotton harvest is pretty much done. It will take a while before we know how cotton fared this year – both in yields and quality – during the state’s severe drought. Gins are still keeping busy processing the freshly picked fiber.

To get a recap about the 2014 cotton season, we caught up with Dan Munk, a cotton production and water management expert and farm advisor with the University of California Cooperative Extension in Fresno County.


Question: How cotton did do this year? 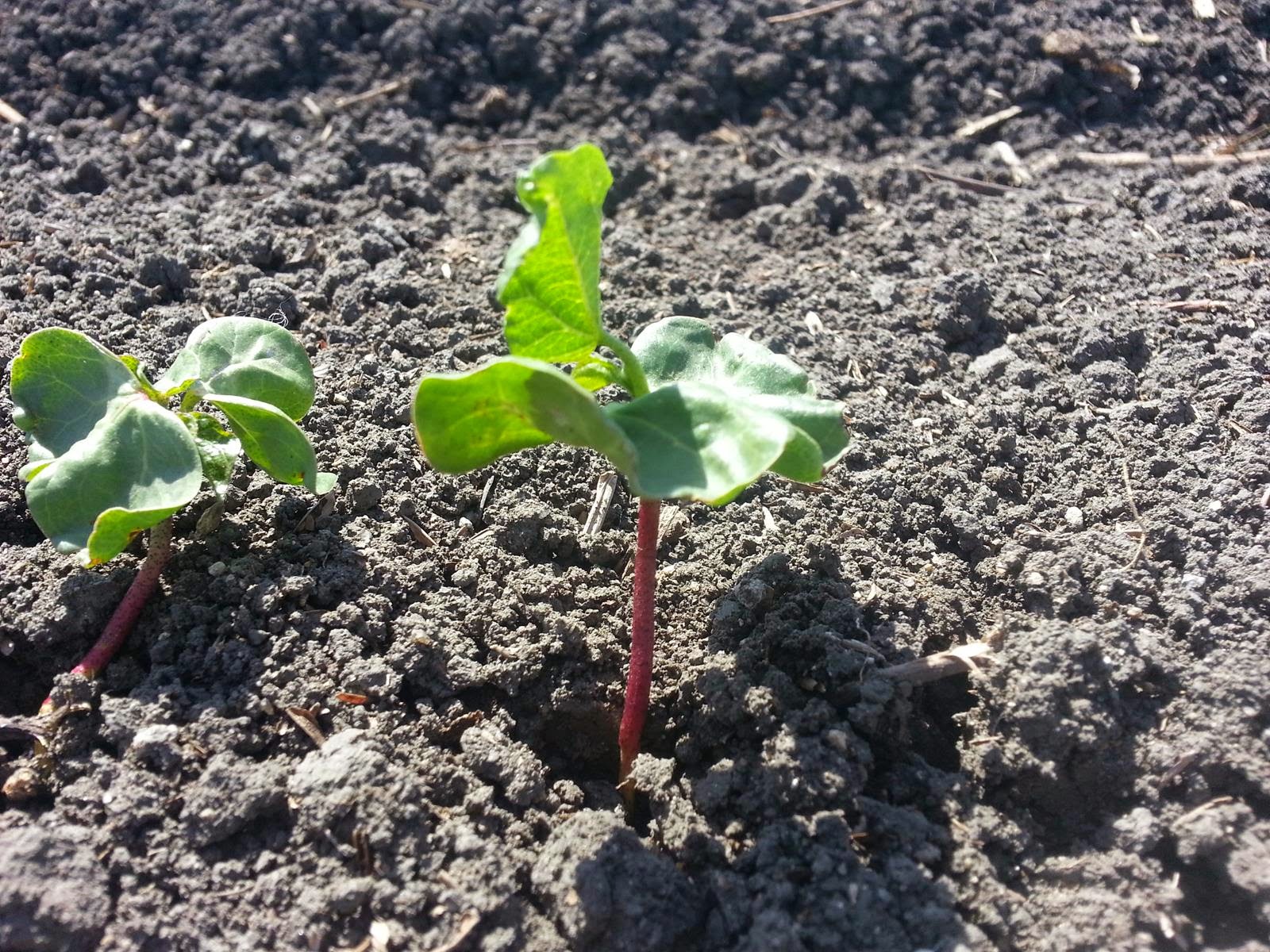 Answer: This was a good cotton year. We started out with good early warm spring planting conditions. The crop developed well early on.

Q: What was the advantage of a warm spring?
A: We went into bloom earlier than most seasons. That was important because early bloom means we get good early seed fertilization.  We had good boll development early on.

Q:  Were there any disease management issues this season?
A: We did see Race 4 fusarium wilt continues to be a problem for many growers in the valley. We have a lot of information available for growers to deal with the problem. (Race 4 is a fungus in the soil. It can infect plants and cause a vascular wilt in a number of cotton varieties. The spores can be spread through regular farming practices such as irrigation and cultivation. You can learn more about fusarium wilt from the University of California IPM online.)

Q: Did growers deal with many pest problems?
A: Generally insects were fairly low to moderate this year. We probably had above average aphid and white fly issues late in the season. In some areas that will create a problem with lint quality. Sticky cotton is not something we want to be allowing into the market. It was an issue this year more so than in previous years.
Q: Was this a productive year for growers?
A: Overall we had a good production season. In areas where water availability was low we’re probably going to see lower yields. We simply weren’t able to meet the full evapotranspiration demands of the crop.
Q: What do you think the overall cotton yields will be in 2014?
A: We don’t expect record yields this year because of the drought. But they probably will be well above the five-year average for cotton in the San Joaquin Valley.

Alfalfa Season Winds Down after a Wild Year for Growers


Valley alfalfa growers are ready to call it a season.

Field scout Carlos Silva says there are some fields remaining to be harvested one last time in 2014. Look for the final cutting to start this week. For the most part, he says, “everything is wrapping up.”
Whew. This year certainly has been a wild roller coaster ride for growers and alfalfa, the crop with the largest acreage in California. Of course, we all know the culprit: D-R-O-U-G-H-T – a topic that dominated the chatter at local coffee shops, the state Capitol, the governor’s office and even the White House.
Let’s review some of the headlines and story lines in 2014. In January, two University of California at Davis ag experts wrote that “the continued drought in California will have serious impacts to forage production in 2014. In the Central Valley, it is expected that growers will shift water resources from alfalfa to trees and vines…”

Then in April a headline in the industry publication Hay & Forage Grower read: “First crop alfalfa sales brisk in Central California.”  Top-quality hay was fetching up to $350 a ton, up $80 a ton from the previous year.

By July, Hay & Forage reported “groundwater pumping is expected to replace most river water losses, with some areas more than doubling their pumping over the previous year.”
Then in September, a headline read: “California hay prices and alfalfa yields drop.” The best alfalfa was selling for $300 a ton as dairies fed their cows less hay. UC experts predicted a 20 percent decline in yields.

We’ll have to wait for the final numbers to come in to see what kind of year it really has been for growers. One thing is certain: No one ever said faming is easy.

On the bright side, growers were able to access enough water to continue their season into the fall and get their eight cuttings in as usual. Many thought they would be lucky if harvest lasted through June.

Meanwhile, on the pest front, Carlos reports bug problems were in check for most growers. There was a slight uptick in aphids early in the season and some issues with worms in fields but nothing widespread. Overall, Carlos says, “there weren’t many pest issues this year.”  At least, there was one silver lining for alfalfa growers.

Cotton Growers Speed Up Harvest to Beat the Rain


Last week, we talked about rain and the cotton harvest in the San Joaquin Valley. Well a strange thing happened during this unprecedented drought year: Rain.

In fact, local communities reported a nice amount of wet stuff over the weekend, starting with Halloween night. The Fresno area, for example, received two-tenths of an inch of wet stuff late Friday into early Saturday, the National Weather Service reports.

With the storm looming, farmers ran cotton harvests virtually around the clock last week to pick as much cotton as possible ahead of the rain.
“We’re expecting rain (Friday). The big rush to harvest the cotton before the rain is because of quality issues,” says farmer Doug Goodman, who was running a large green John Deere cotton picker in the Firebaugh area. He explains soggy fiber can change color when mixed with leaves and other trash collected by the picker and then compressed into a module. The result is a lower grade on the quality report card from the cotton gin.

“We have another thousand acres to go. It is really important to get the cotton out when the weather is good,” Doug says.

About eight tenths of  of an inch of rain fell over the weekend in the Valley, surpassing the six-month total amount of rain the region received from May 1 to October 3. This certainly shows you how fickle farming can be.

Posted by Sustainable Farming Field Scouting at 6:20 AM 97 comments: