Cotton Season: It’s a Marathon Rather than a Sprint to Harvest

After monitoring the temperatures for several weeks, weather conditions were finally right for San Joaquin Valley farmers to start planting the seeds for another cotton season.
In some areas, cotyledons – the seed leaves that form nodes opposite of each other – already have emerged from the ground. In other regions, growers are just starting to put seeds to ground, reports field scout Carlos Silva. 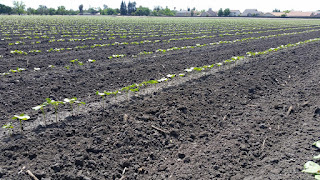 “There is a fair amount of acreage of cotton being planted this season,” Carlos points out. His observation reinforces last month’s California Cotton Ginners and Growers Association forecast of a double-digit increase in cotton acreage over last year – the first increase in six years. CCGGA estimates 145,000 acres of Pima and 61,000 acres of upland/acala will be planted by California growers.

Spring planting is always an exciting time. Over the next six months, growers will be making lots of crop management decisions, going off of past experience and current conditions.

While each season is unique, cotton growth and development follows a predictable pattern. A cotton plant starts to emerge from the ground four to nine days after planting. For casual observers, early spring growth of the cotton plant seems to move at a turtle-like pace compared to other plants.

Don’t let your eyes be deceived. Below ground, the plants are busy developing a deep root system, growing at a rate of a half-inch to two inches a day. In our local soil, roots can be three to four feet deep when the plant above ground is about eight to 10 inches high. Final root depth can be as much as nine feet. Now that’s setting down deep roots. 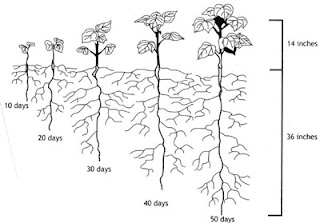 This to-do list is just for the early season. No one said farming is a 9 to 5 job. Just think, there are only 180 more days until harvest.

Posted by Sustainable Farming Field Scouting at 9:06 PM No comments:

It Takes a Village for Farmers to Meet Water Quality Rules


Sometimes, you wish you could stick your head in the sand and something unappetizing would go away.

Orvil McKinnis jokes that some farmers would love to do just that with ever-tightening water quality regulations. Bury your head and … poof it’s gone. “Sometimes I feel growers have that mindset with regulation,” he says. 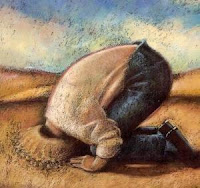 But the reality is “the regulation for water quality is not going to go away. It’s only going to get tighter until things get much better. Growers have to understand they are regulated,” says McKinnis, program manager for the Westside San Joaquin River Watershed Coalition.

McKinnis brought that message to dozens of farmers attending a recent field day in Firebaugh. Made up of Westside water and irrigation districts, the coalition works with farmers to help them comply with water quality rules. There are seven other coalitions in the Central Valley covering 7 million irrigated acres.They were formed to administer the state’s Irrigated Lands Regulatory Program.

The Westside Coalition watershed encompasses an area of approximately 460,500 acres. About 4,000 landowners and 1,500 operators are within the watershed. The goal for farmers is to reduce detections of pesticides in the water or sediment moving off their fields. 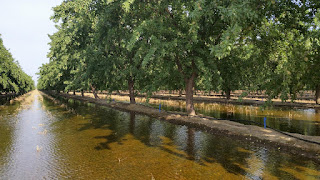 McKinnis points out that pesticide use has tapered off since 2008. But in the past three years, “we have seen the curve go back up with insecticides being used. Growers really need to bewatching and utilize best management practices and work with their PCAs to be more mindful of water quality issues.”

McKinnis offers these tips to farmers:
·         * Follow the label on pesticides. “We are getting a lot of what we believe is drift and overspraying into creeks.”  Some growers may not realize there is a waterway within the spray zone that needs to be protected, he says.
·       *   Sedimentation and erosion. You’ve got to slow the velocity if you are furrowor flood irrigating.” Using a small dam or flow dissipation device can slow the water. 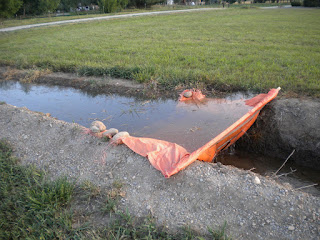 His final message: Improving water quality requires a commitment from every grower to implement better pesticide management practices on their farms.

Posted by Sustainable Farming Field Scouting at 4:55 PM No comments:

April Showers Come with the Good and the Bad


We’ve all heard the rhyme “April Showers Bring May Flowers.”

That’s certainly welcome news for a parched farm region.  And I’m sure flower growers and dry land farmers welcome the weekend rains that fell across the Valley.The Weather Service recorded nearly an inch of rain in the region from storms last Friday and Saturday. 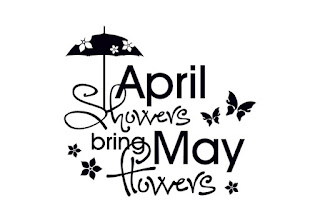 Of course, there also is the saying “Too Much of a Good Thing Is Bad.”  Well, sort of – if you’re a grower trying to schedule your cotton planting during this on-again, off-again stormy weather.

Yes, growers say they are poised to get started on a new cotton season. Right now, growers are checking the weather forecasts, measuring the temperatures and working on calculations.

To decide the best time to plant, UC IPM says the “optimal planting time depends on soil temperatures at planting and during the five days following planting. Cotton seed requires approximately 50 degree-days to accumulate in order to emerge when planted at an optimum planting depth. It is also important that temperatures be consistently warm and don't drop during the first five days after planting.”

Meanwhile, April showers and winds continue to pose a threat to almonds. The foul weather can spread fungus spores that lead to plant and fruit diseases. Field scout Jenna Mayfield says growers had been kept busy applying fungicides to protect their crop this year as well as next season.

It will be interesting to see how the almond trees respond to this year’s relatively normal rainy season after going through four extremely dry years. Trees were definitely stressed as growers grappled with water availability. Now, they had plenty of water to soak up this year.

Jenna also reminds growers to stay proactive on the pest front. They need to say on top of pests such as the leaf-footed plant bug and stink bug. Remember, she says, it pays off to stay vigilant.


Posted by Sustainable Farming Field Scouting at 9:36 PM No comments:


The winter rains certainly have been welcomed by Valley almond growers, especially after four years of drought.

But the wet stuff also has posed some challenges in almonds, as well. In recent weeks, growers have been busy applying fungicides to the orchards after a stormy March.

Shot hole is a consistent threat. The diseasecan lead to spots on leaves, fruit, twigs and flowers. Heavy infections can cause fruit to drop or gumming to occur on the fruit.

Warm rainy weather created ideal conditions for anthracnose, whose symptoms include blossom blight and fruit infections. These symptoms may show up about three weeks after petal fall. Ultimately, the diseased fruit will turn into mummies and shoots or branches with infected nuts often die.

On the pest front, almond growers are keeping an eye out for leaf-footed plant bugs, which can lead to nut drop or cause gumming inside the nut. UC IPM says growers should monitor their orchard visually once a week by using a long pole to knock branches on the upper canopy. This will cause the bugs to fly away.

In the fields around the valley, field scout Carlos Silva reports the first alfalfa cutting of the season. Look for more alfalfa fields to be harvested as the weather heats up this week.

We can expect cotton growers to start planting their crop over the next couple of weeks, Carlos says.
This season, cotton acreage is predicted to increase for the first time in six years, according to a survey released last week by the California Cotton Ginners and Growers Association.
The CCGGA’s estimate: 145,000 acres of Pima and 61,000 acres of upland/acala. That would represent a 19 percent increase in Pima and 24 percent in acala over 2015. We can thank El Niño for generating some good news for the state’s cotton industry.

Posted by Sustainable Farming Field Scouting at 9:00 PM No comments: