Memorial Day signals a time for us to remember our fallen heroes. It also represents the unofficial start of the summer vacation season. 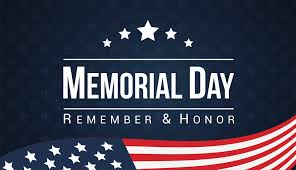 Of course, we still have a few weeks of spring left before the arrival of the summer solstice. For growers, that means wrapping up spring chores before the hot days of summer.

Field scout Jenna Mayfield points out that pest monitoring will make the spring-to-summer transition too. For example, the bug du jour moves from peach twig borer to navel orangeworm and mites. Jenna says the cool weather, including a little rain last Friday, kept springtime pests in check over the past week. “They don’t move well in the rain.”

Jenna points out the rain drops shouldn’t cause alarm for almond growers – although those who also farm field crops such as tomatoes are worried about mold. Still Jenna says growers need to keep an eye out for diseases such as scale, which form grayish black spots on leaves, fruit and twigs. Wind or rain will spread the spores of the fungus. Bad cases of scab infection can cause defoliation.

To get through the spring, UC Integrated Pest Management recommends almond growers:

Cotton
While almonds had a head start for the growing season, cotton plants are young and developing as the crop moves into its third month of the season. UC IPM says growers should start sampling for aphids, spider mites and thrips as soon as the plants emerge from the ground.
Here’s what to do:

In general, treating for thrips is only done if plants are showing poor growth. Mites need to be taken care of before defoliation and when the numbers are high. You treat for aphids if high populations continue for a week or more.

Growers are preparing for the second harvest, or cutting, of the year. Growers monitor for weevils, cutworms and aphids and their natural enemies. UC IPM says thrips aren’t threat to alfalfa and don’t need to be treated with chemical applications.

Posted by Sustainable Farming Field Scouting at 7:30 AM No comments:

“A great wind is blowing, and that gives you either imagination or a headache.”
-          Catherine the Great


For some farmers, this quote from the 16th Century Russian ruler was so appropriate this past week as sustained winds reaching gusts up to 24 mph buffeted the Valley. It caused some headaches for almond growers trying to figure out the pest populations in their orchards.

If someone like Jenna has a hard time keeping upright during high winds, how do you think a tiny moth will fare in gusty weather conditions and find its way into a pheromone trap, which is a key monitoring tool in almond orchards. Jenna points out an adult peach twig borer  -- a major pest in almonds – is smaller than a finger nail.

As the weather heated up earlier this month, Jenna starting finding high counts of PTB. The numbers dropped last week – probably because of the winds as well as some cooler temperatures.

On the flip side, the winds could assist growers that use puffers to dispense mating disruption chemicals to combat crop damage by the navel orangeworm. Jenna says some growers believe the winds will extend the reach of the pheromone puffers and improve disruption of NOW mating.

Jenna says the winds also increased the number of nuts falling to the ground. “Right now we’re in that drop period.” However, many of those fallen nuts were already damaged by the freeze earlier this winter. Those nuts remaining on the tree are looking good.

“Almonds are huge in size,” Jenna says. One huller told Jenna he anticipates the nuts “are going to have a lot of weight.” That’s bullish news for growers. “Everyone is optimistic about an increase in tonnage this season.”

Let’s hope the winds calm down and growers can get a good read on pest populations so they can achieve the production numbers predicted by Uncle Sam.

Posted by Sustainable Farming Field Scouting at 9:47 PM No comments:

How Growers Determine if a Cotton Stand is Too Weak, Too Strong or Just Right

With nice, warm weather enveloping the Valley, cotton fields are turning into a faint sea of green as seedlings start popping out of the ground.

That’s good news. This is an important time for cotton because the first 30 to 40 days after planting gives growers a clue about the crop at harvest time. UC Integrated Pest Management says everything that occurs after the cotton stand is established will either maintain or decrease yields.

So it’s important for growers to assess stand development at this time. Damien will be doing his own census to provide a second set of eyes for growers who do their own assessments. The goal is to determine if the stand is too weak, perfect or growing too vigorously.

UC IPM offers these tips to estimate the plant population:

Growers need to thin out the crop if it is growing too vigorously. For a weak stand, growers need to determine if there are any seedling diseases or damage from insects. Often, growers will replant an area experiencing a weak stand.

In addition to stand assessment, growers also need to monitor for spider mites, aphids and thrips,start tracking degree day accumulation to monitor plant growth and survey for weeds in the field. Growers should watch for soil diseases such as Race 4 Fusarium, a nasty ailment that spreads easily and can plague big swaths of plants.

While these practices might be time consuming, the hard work will pay off at harvest time.

Posted by Sustainable Farming Field Scouting at 5:40 AM No comments:

Happy Cows Will Mean a Good Season for Alfalfa Growers

It’s not an exciting crop. It’s not a higher end crop like almonds. But it covers a lot of acreage and plays a vital role as food for California’s giant $6 billion-a-year dairy industry.

Yes happy cows love alfalfa. And a successful alfalfa season will keep them happy. There’s a lot that goes into a good year for growers. Moreover, it takes a lot of work.

Growers harvest the crop about six or seven times during the year, irrigating between cuttings. As the season progresses, the alfalfa quality diminishes and brings in a lower price than the crop cut earlier in the season.

During the five-year drought when water was like liquid gold, some alfalfa growers stopped irrigating in early summer and diverted the precious supplies to more profitable crops.

With margins supermarket-thin, it’s important for alfalfa growers to operate as efficiently as possible and protect against disease and pest damage throughout season.  That’s really important as the weather starts heating up in the Valley.

UC Integrated Pest Management notes that four type of aphids cause damage in alfalfa: Cowpea aphid – the only black aphid found in the crop – pea aphid, blue aphid and spotted alfalfa aphid.
A few years ago, a blue alfalfa aphid outbreak impacted local growers. The pest feeds on alfalfa stems and can lead to wilting and stunted growth.  The blue alfalfa aphid was first found in alfalfa near Bakersfield in 1974. The following year, this invasive pest from eastern and southwestern Asia was discovered throughout Southern California. Today, this aphid can be found as far east as Kansas and Oklahoma.

During the Valley outbreak, pest control advisors found that treatments weren’t totally effective against the blue alfalfa aphid, which meant a loss of revenue for some growers.

For the most part, aphids in alfalfa have many natural enemies such as lady beetles, parasitic wasps and minute pirate bugs. The good bugs can quickly reduce infestations. UC IPM offers a list of natural enemies.


According to UC IPM, here’s the best way to take pest samples:
In the meantime, growers are irrigating their alfalfa fields as they prepare for the second cutting of the season in a few weeks. We’re sure growers are hoping an uneventful spring and summer.

Posted by Sustainable Farming Field Scouting at 8:08 PM No comments: