Harvest Time and the Autumn Moon Are Around the Corner

Shaken almonds are drying on the ground. Thirsty cotton plants are getting their last drink of water.  And growing alfalfa plants are poised for another cutting.

Ah, these are exciting times for growers as we head toward Labor Day weekend and the traditional end of summer. The Harvest Moon is around the corner. Until then, there is still lots of work to do before we put the wraps on the 2013 season.

Around the Valley, almonds growers are preparing to shake off the remaining almonds in their orchards, says almond field scout Jenna Horine. Jenna points out growers plant at least two different almond varieties for cross pollination and each variety will mature differently – thus an encore tree shaking.

On the pest front, Jenna says more heat and humidity have triggered an increase in mites. But the higher numbers aren’t worrisome at the moment. Growers will just hope their nuts will be OK by the end of harvest.

Some alfalfa fields also have experienced a small uptick in pests as well, says field scout Carlos Silva. Beet armyworms, western yellow striped armyworm and alfalfa caterpillars are the main threats in alfalfa now. However, many growers are likely to save the money and skip treatment since the stems are at about 20 inches in height and ready for the fifth cutting of the season.

Carlos reports about half of the cotton plants have open bolls. For bugs, he is finding a lot of beneficial insects such as lady bugs in the fields. Let’s hope these good bugs are hungry enough to keep the bad ones such as whiteflies and aphids in check.

Meanwhile, growers are irrigating their fields for the final time as they head toward to back stretch and harvest time. One grower finished irrigating a while back – he had used up his water allocation – and some plants getting dry already. But Dr. Pete Goodell of the U.C. Integrated Pest Management program says a little drying at this point in the season shouldn’t affect yield.


Ask any grower why he or she went into farming and you’ll hear them say they love working outdoors, tilling the soil or producing food or fiber to feed or clothe the world.

Being a businessperson is probably far down the list. Yet, growers are always reminded that farming is a business. Seemingly every day, they’re making countless economic decisions. Growers certainly can’t escape this fact at the height of the growing and harvest season. Of course, you often don’t know if a grower makes a right call until after the harvest.

Here’s a great example relayed by almond field scout Jenna Horine. With the really hot weather back in the San Joaquin Valley, we’ve seen a flare-up in mites around almond orchards. Many have cut off irrigation about a month ago are preparing for harvest and shaking the nuts of the trees.

One grower is ready to shake his trees. However, he’s worried about mite damage. Here’s his quandary: Spend big dollars for the chemicals and labor to treat his orchard or live with some mite damage to his nuts – perhaps risking early defoliation.  We really haven’t seen economic damage from defoliation in August.

This is where the business of crunching the numbers – accounting for things such as the size of the operation and labor costs – farm experience and old-fashioned gut instincts come into play. In this case, Jenna reports, the grower is inclined against treatment and live with any mite damage to his almonds. We’ll check back later with the grower.

Meanwhile, Jenna says mites and ants are the major pest concerns in almonds right now. Some growers have finished shaking their trees while others are about to begin, depending on the nut varieties and local environment, including areas that have had plenty of water during the season.

In cotton, field scout Carlos Silva reports growers are at the final irrigation of the season. We’re pretty much at cut out, with plants at three to five nodes above white flower which means 95% of the yield is set. Carlos has spotted one field with crack bolls already. Ten days beyond cut out is the point beyond which  growers shouldn’t have to worry about lygus.

In cotton, field scout Carlos Silva reports growers are at the final irrigation of the season. We’re pretty much at cut out, with plants at three to five nodes above white flower which means 95 percent of the yield is set. Carlos has spotted one field with cracked bolls already. Ten days beyond  cut out is the point beyond which  growers shouldn’t have to worry about lygus. One grower, however, did run into lygus issues as the pest traveled into his cotton from a neighboring safflower field. He wound up treating for the lygus.

The good news is growers participating in the San Joaquin Sustainable Farming Project are using softer materials that are friendly to the environment and beneficial insects. These growers are staying away from the 13 most toxic chemicals used in cotton production. That's great news. We need to remain good environmental stewards.

So far, Carlos is finding more aphids and whiteflies lately, but for the most part the counts haven't reached the treatment threshold. He did find one field with increasing numbers. While there are plenty of beneficial insects such as lady bugs in that field, they don't seem to be getting an upper hand on the pests. The grower plans to consult with his pest control advisor to decide on the next step.

In general, growers are staying vigilant with their pest monitoring and holding off with spraying as long as possible.

Carlos says alfalfa growers are preparing for their fifth cutting of the season. Dr. Pete Goodell of UC IPM confirmed the aphids he found a couple weeks ago in a two fields in the Dos Palos area were spotted alfalfa aphids. He hasn't run across these pests elsewhere during his scouting rounds in the Valley. The more common pest around here has been the pea aphid. Overall, aphids appear to be under control.


We see a lot of bugs every week. There’s navel orangeworm in almonds, beet armyworms in alfalfa and lygus in cotton to name a few. Sometimes, we discover something unusual.

Last week was a perfect example.

While scouting some alfalfa fields last week, field scout Carlos Silva caught some aphids that appeared to have spined black spots on their backs. In another alfalfa field a half mile away, he found more of the same. It was quite unusual since Carlos hasn’t run across these kinds of aphids in other fields across the valley this season.

His suspicion is these may be spotted alfalfa aphids. Introduced in New Mexico in the early 1950s, these aphids will suck the juice out of leaves and inject a toxin into the plants. Plant growth can be stunted and a sticky honeydew can developed on the alfalfa. Carlos is asking Dr. Pete Goodell of UC IPM to check them out.

On the cotton front, Carlos reports most plants are at three to five nodes above the white flower, which is used to determine when cutout takes place. Cutout means the cotton bolls are mature and roughly 95 percent of the crop has been set. This provides a good indicator of the future yield. As a rule, cutout occurs at five nodes above the white flower.

The good news at cutout is growers can cross out one pest from the watch list – lygus. Spider mites and aphids will be the main threat.

Meanwhile, almond field scout Jenna Horine says some growers have been treating for mites before harvest despite following best management practices. Many problems surfaced from neighboring farms that kicked up dust from the dirt roads, driving the pests into the orchards. 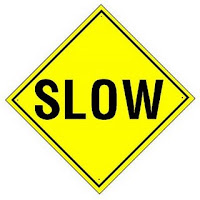 As a result, growers spend money treating for mites even though their operation wasn’t responsible for the flare-up. To solve this problem, some growers are talking about digging potholes into dirt roads to slow down speeding drivers. Our message: Be a good neighbor and slow down.


Because of the warm and hot weather this season, some growers in early July were predicting the almond harvest would arrive some two weeks early.

If you’re a betting person, you probably could have earned a tidy payoff. Yes, harvest time did arrive early. In fact, tree shaking began before the calendar turned to August in some parts of the San Joaquin Valley.
Our almond field scout Jenna Horine got the scoop last Tuesday (July 30) when she snapped a photo of a harvesting equipment working in the orchards.

Ironically, Jenna’s eye-witness account came just a day after our favorite “Almond Doctor” – better known as Merced County UC Cooperative Extension farm advisor and pomologist David Doll – told the online trade publication AgFax: “Even though I wouldn’t have believed it a month ago, we are going to be seven to 10 days earlier on almond harvest. After having a late bloom, this has surprise many people, the jump is due to that warm spell that occurred during cell division back in March and April.” The Doctor expects all varieties to experience an early harvest.

Well, Jenna found two growers shaking nuts off their trees. Now the almonds are soaking up the sun and drying on the ground.

For small and mid-size farms, owning harvesting equipment – a tree shaker, sweeper, pick-up tractor and trailers easily run into the six figures. Figuring out if equipment ownership is worth the investment takes careful economic analysis. UC researchers estimate it costs about $324 an acre to harvest a crop.
Retired UC IPM entomologist and almond expert Walt Bentley suggests to smaller farms that they get together and pool their resources to purchase equipment. They can share the machines at harvest time and not worry when the custom harvester’s schedule.

Jenna is excited about getting a jump on collecting nut samples for crack out later this year. On the pest front, bad bugs so far are under control.

Meanwhile, field scout Carlos Silva says pests in alfalfa and cotton are under control. However, one cotton grower did have to treat for whiteflies.